We were out the door by 645 today to get to our first swim meet. I felt a bit out of place because everyone seemed to show up with chairs and tents and umbrellas and matching tailgate sets. I had a blanket and 3 towels! 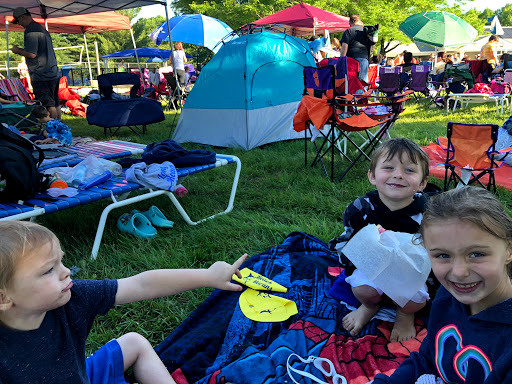 So my poor son...he didn’t want anyone to cheer while he was swimming. So I told him I would tell everyone not to cheer. The race started, he took two strokes, realized people were cheering and stopped swimming. He turned around, got out of the pool and after he found me he screamed at the top of his lungs that I’m a liar. 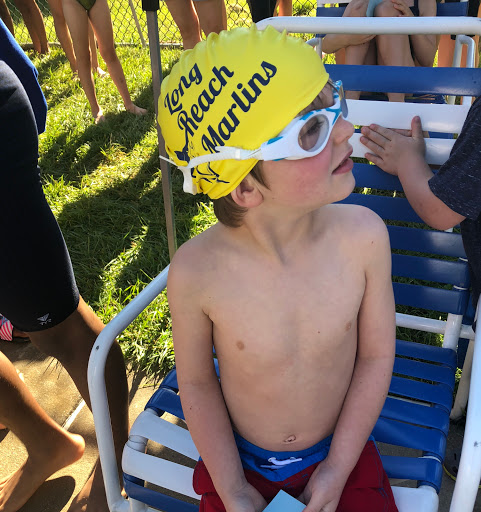 My Princess, on the other hand, had her game face on for freestyle: 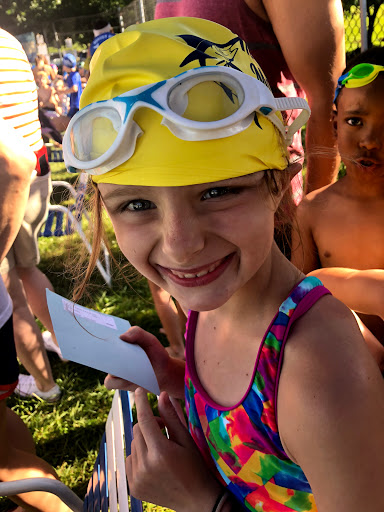 She won her heat and scored her first ribbon: 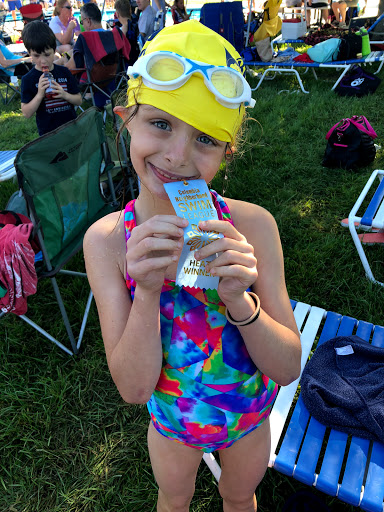 The boys were able to swim in the baby pool during the meet: 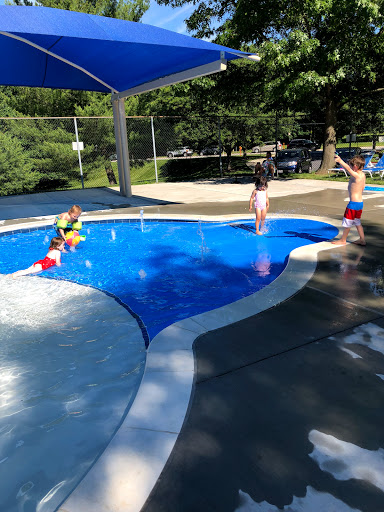 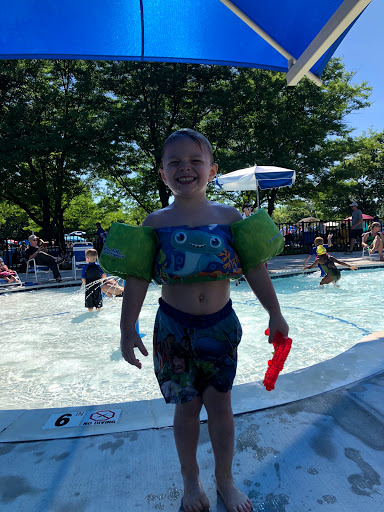 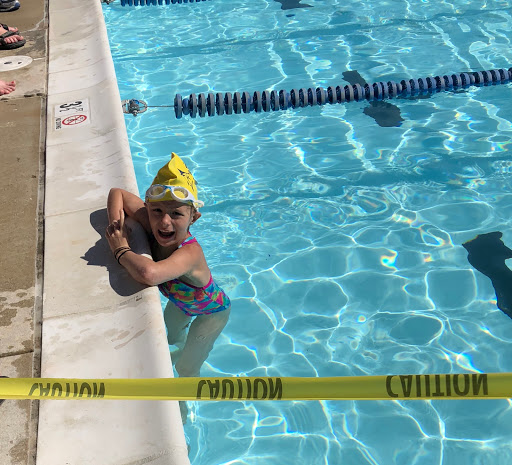 Then, even though I was exhausted, we went to another slime class at Michaels. Only because A. It’s free and B. My princess is a stickler for getting to events she puts on her calendar: 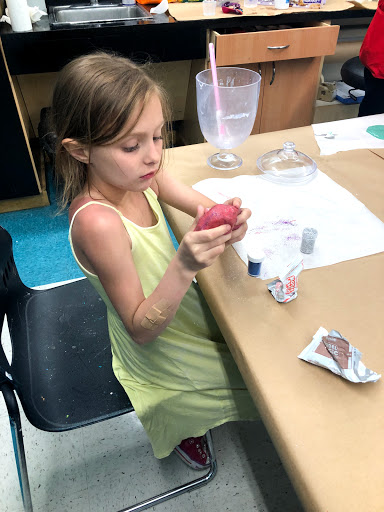 This guy. I could tell he had to poop in Michaels so I raced him to the bathroom. They were all full.... the worst case scenario happend. Nightmare.

After I got that all cleaned up, we go to the slime room and my contact was bugging me. Well I had glitter all over my hands from helping Wiz so when I rubbed my eye, the whole contact got glitter on it. Besides the fact that it burned like a dickens, I looked like some freak Halloween character: 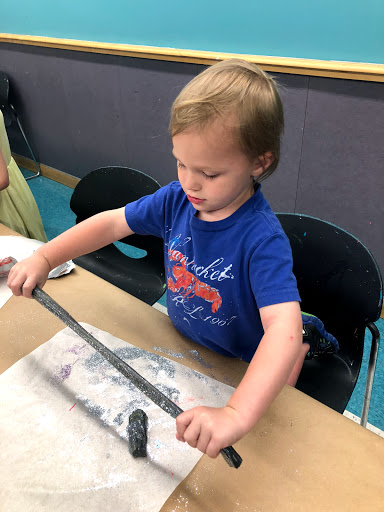 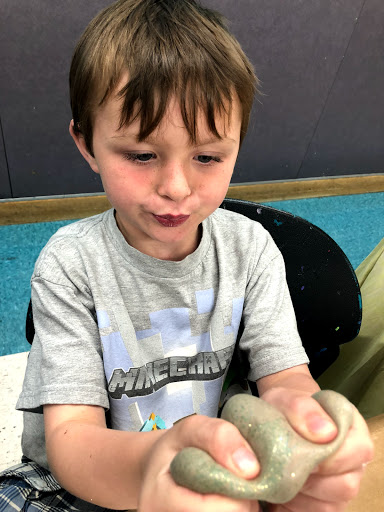 We then went out for a swim meet reward. Rita’s!!! The Boss’s fave and the babies first try: 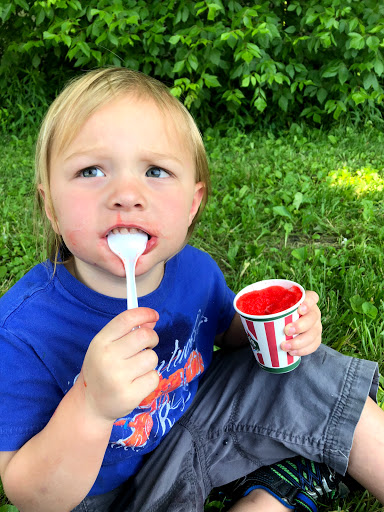 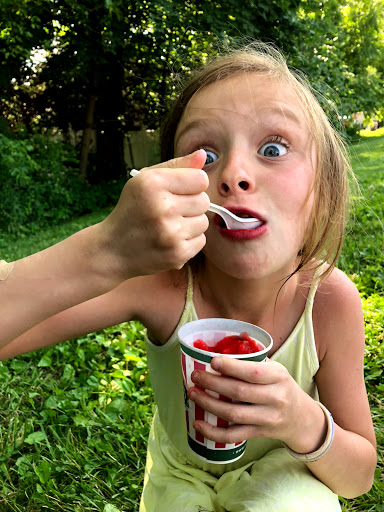 Then, even though I was MORE exhausted, and only because I’m nuts, we went to Lake Fest downtown. 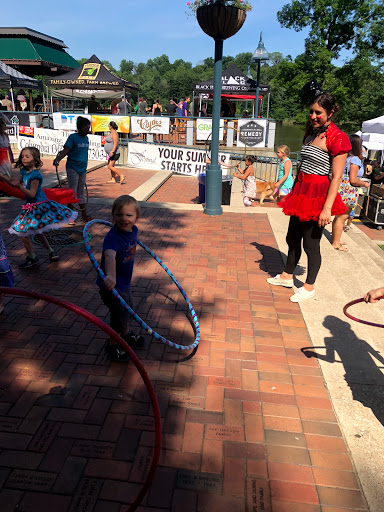 There was a free tye dye station: 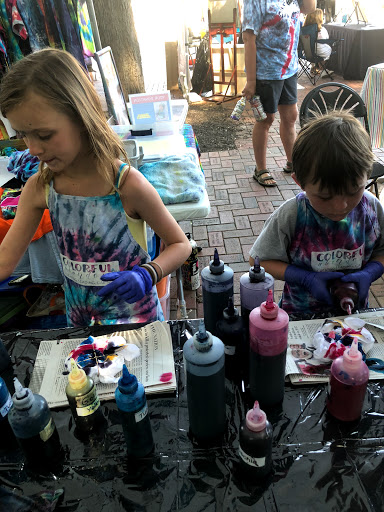 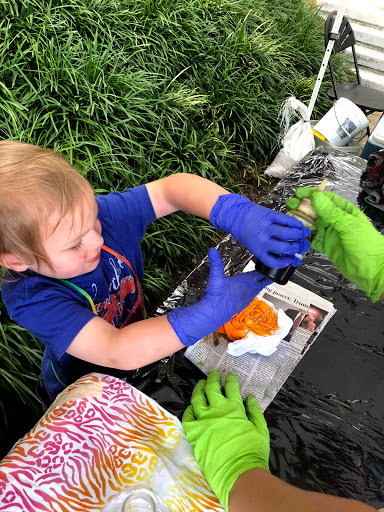 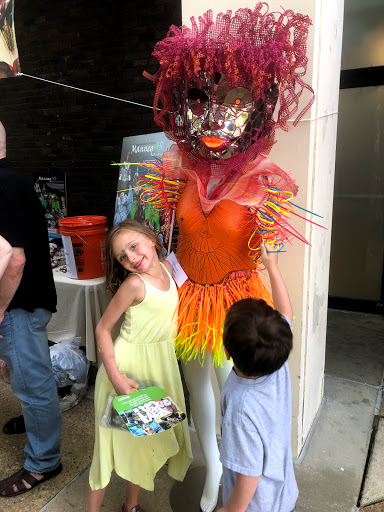 I’m really really tired and I’ve had a headache the ENTIRE day. I hope they go to bed early.