Today we (Mama, Princess, Son and The Wiz) ran the super hero 5k in Palm Coast.
We slept in a hotel last night because the race started at 8 and we would have had to leave our house at 6:30 to make it in time. So thanks to Boss for the Marriott Rewards Points!!!
Here is Princess in her custom Super hero outfit: 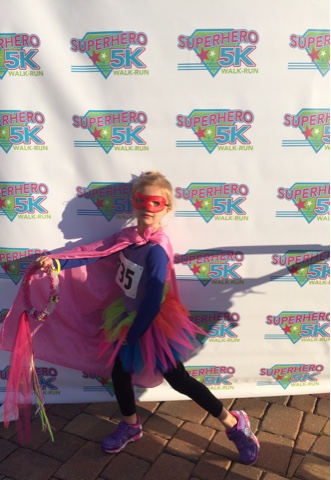 And my boys. The Wiz wore a hand me down Spider Man muscle suit and Son wore a Super Man shirt. He was being a major party pooper and refused all other costumes: 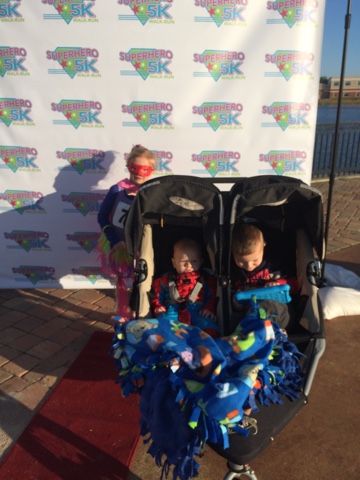 In the middle of the race we dropped Son off with Sister due to his complaints about everything and anything while riding in the stroller. Then later we swung by to pick him back up, so I had all three of them for about half the race. Our final time was 44 minutes. Booooooo!!!! Lots of stopping, walking, fighting, crying was going on BUT we finished AND I had 10,000 steps on my Fitbit before 930 am: 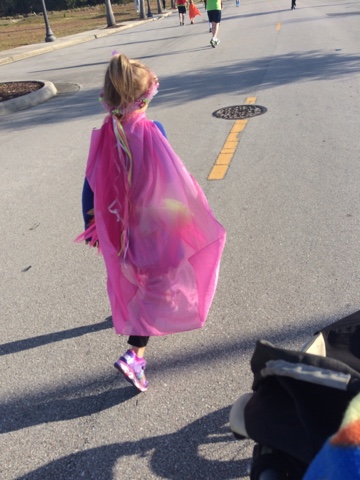 Afterwards the kids jumped in the bounce houses and we're loving life: 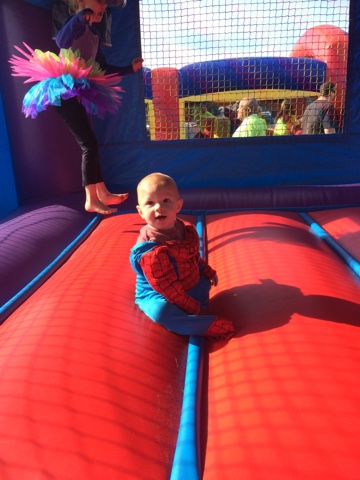 Then did the kids super loop race. The Wiz was up first! He ran with the one and two year olds and showed them all up, but...My little spidey tried to take the obstacle course apart, so he had to skip that one: 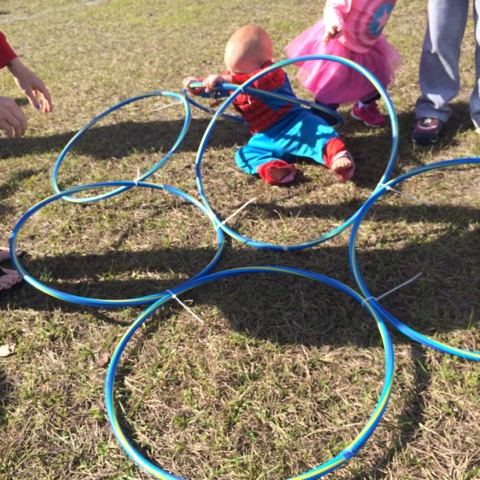 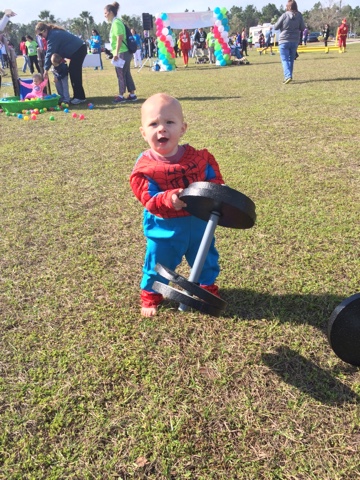 Receiving his medal for complete and total race domination: Son was next but did not complete the race due to a bad attitude! Booooooooooooo!
Then Princess was up. The other kids feared her: 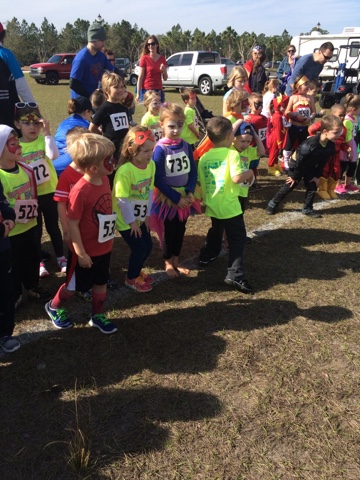 Because she was awesome. Not even tired after having ran at least half the 5k: 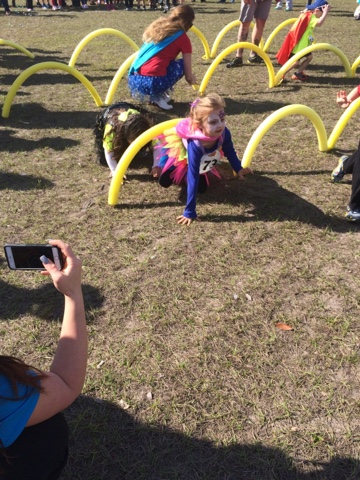 The tires were a breeze: 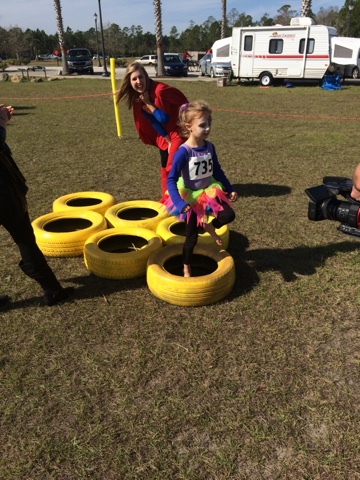 She flew over this wall like the super hero she is: 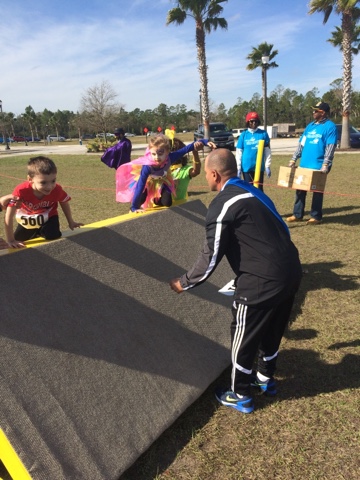 This (the trip to Palm Coast and the race) was a lot of work but I'd do it again tomorrow because we had so much fun and I got lots of much needed exercise!
Posted by Humble Hearts Academy at 2:17 PM