Last time we had a good rain, the kids became very interested in the puddles...so I let them explore: 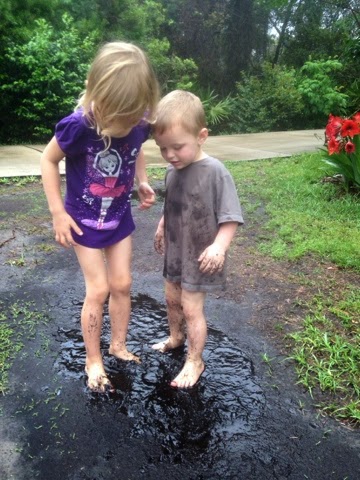 When I sent these pictures to The Boss, he asked me "Why did you let them go in the mud?" My reply "why would I not?"
Playing in the mud used to be something kids do, but not anymore. Kids don't play outside like they used to. They don't get messy or stay out in the rain.
I just can't have that. I want them to make messes and play in the woods and look at the outdoors in the way that only a child can. A little Play Doh party. This was before the fight: 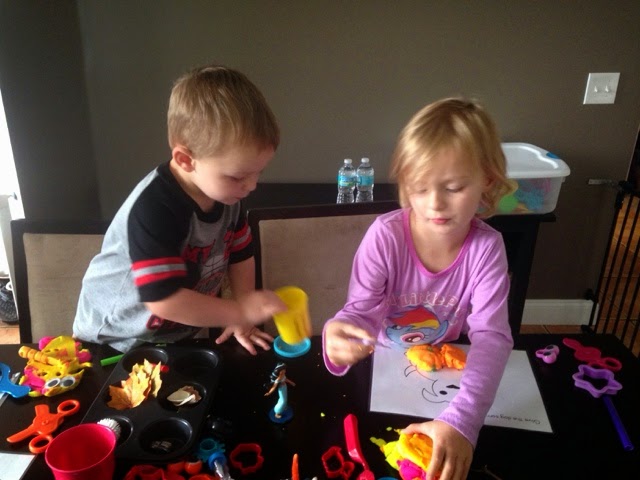 At the beach with Boss: 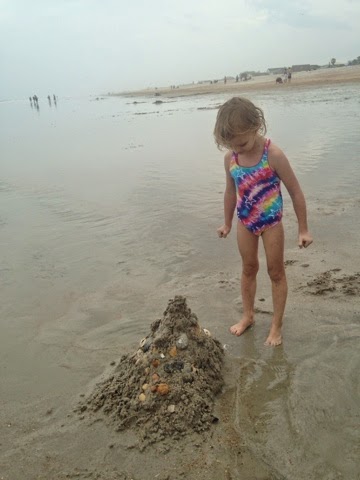 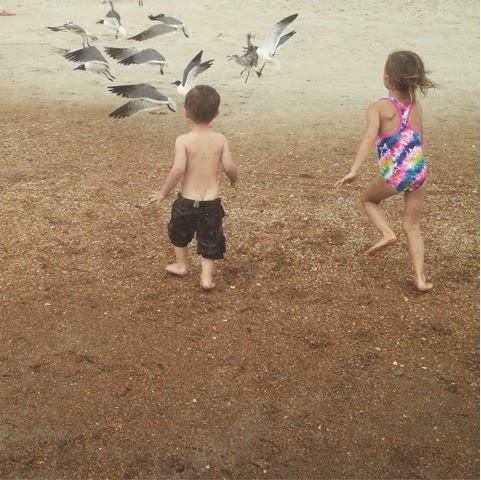 Karate class. This guy refused to participate. He just wanted to wear the instructors gear: 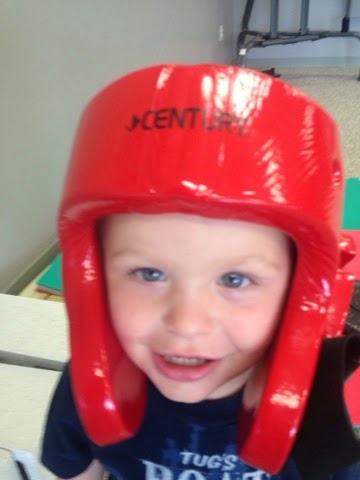 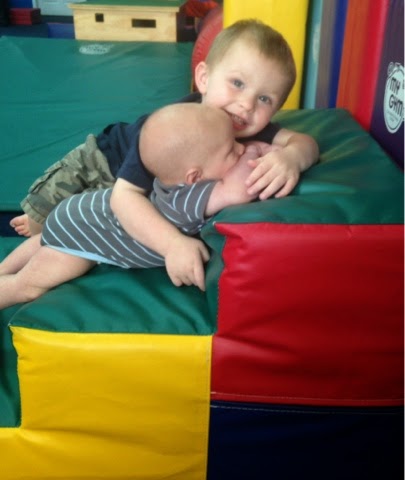