Well my phone said it was 64 degrees outside yesterday, but I think it was actually in the 50s. We were going to go hiking, but when we got outside my babies wanted to just play in the yard. I didn't complain because I am still tired from all of our adventures this week.
Princess had no idea how to wear a jacket. She insisted that you can't wear a shirt under it, so even with her jacket on she continued being cold.
Here are my angels playing outside on the first cold day of fall.
Princess was wearing her sister'a hat so it was a little big: 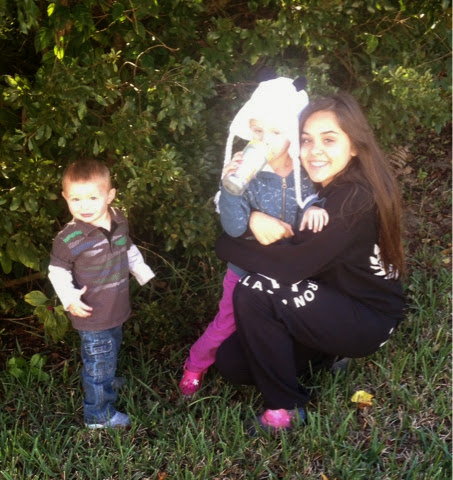 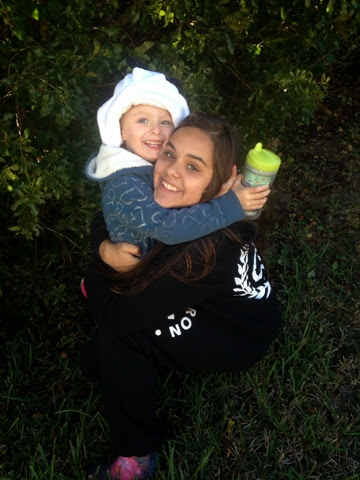 Son was playing in the dirt with his animals. He makes a growling sound when he plays with dinosaurs, lions, tigers, and alligators. I don't  know if alligators make a noise, so I think growling is his best bet: 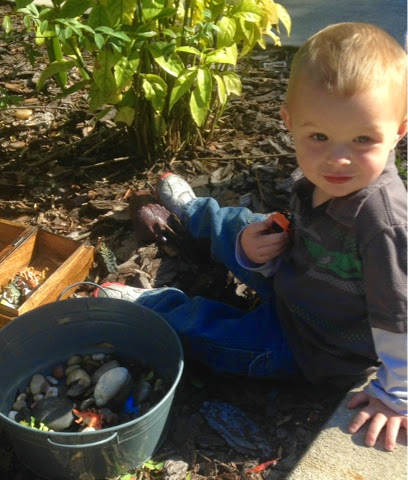 We did get to go hiking today, though. Somehow I lost one of Son's shoes, so I put his sister's shoes on him, which were way too big and way too pink...so I carried him most of the way. 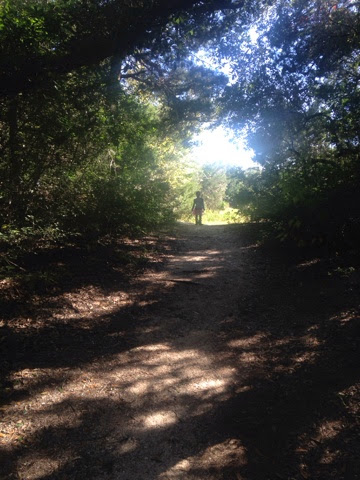 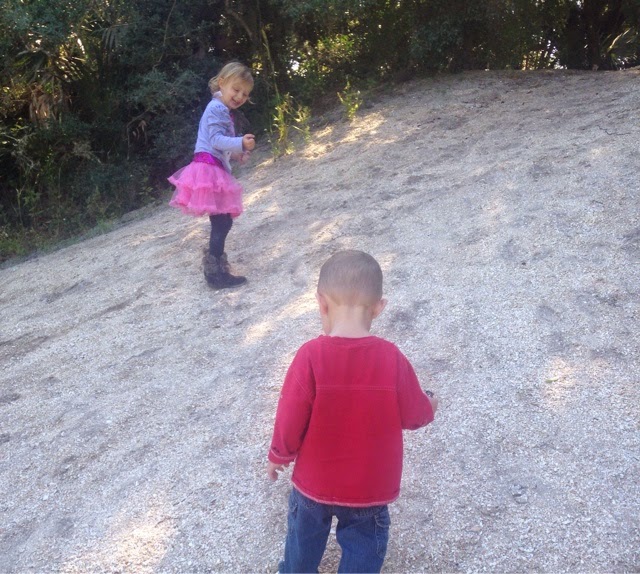 This was right after her tutu got tangled in a nasty sticker bush. These are the risks you take wearing a tutu in the woods: 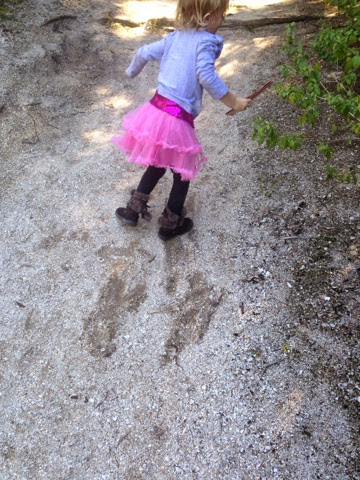 Princess had a card that she got in the mail in her hand. She wanted to take it on the walk for whatever reason. 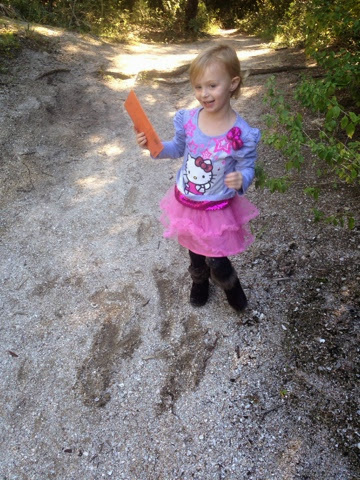 Son took his car with him. He finds the coolest ways to play with cars and trains: 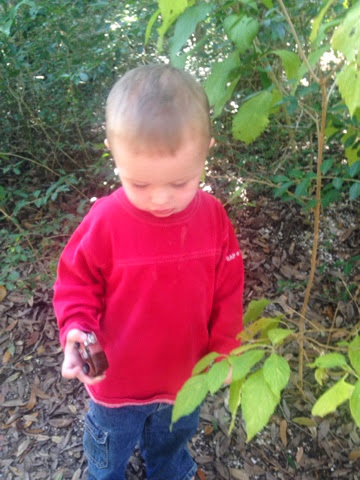 And finally here was Princess in Target today. She really wants this sparkle case for Christmas: 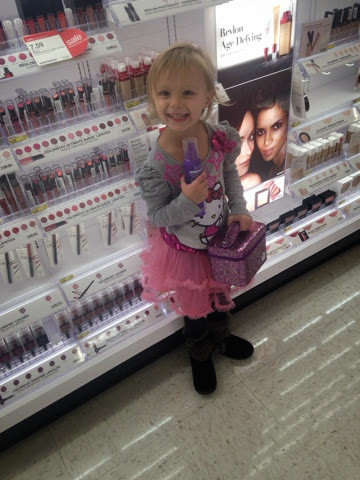