We went to Tommy's Pumpkin Patch this afternoon to pick some pumpkins and play.
Here are  the babies in the patch: 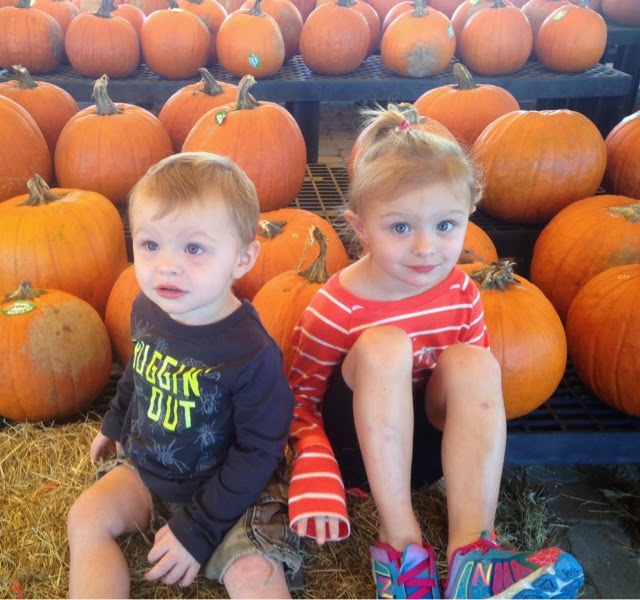 And Princess on the big slide: 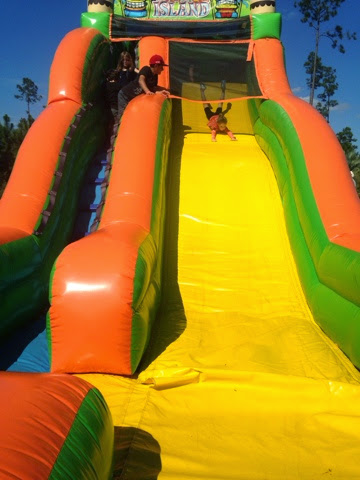 Son and Princess on the cow train: 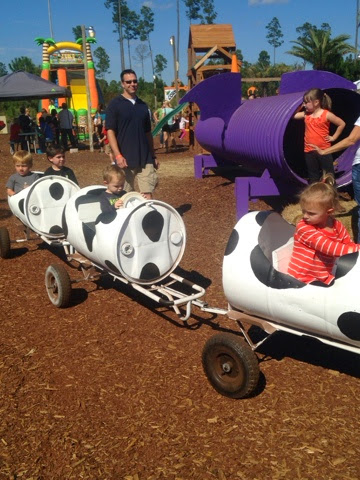 The boys wrestled in the bounce house: 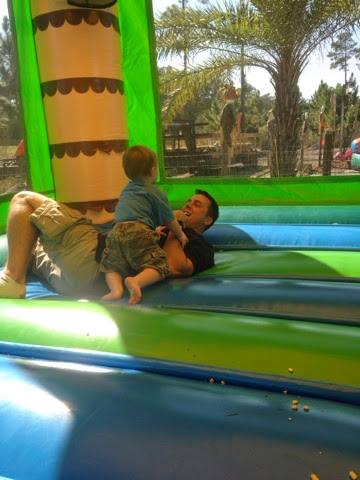 And tired themselves out: 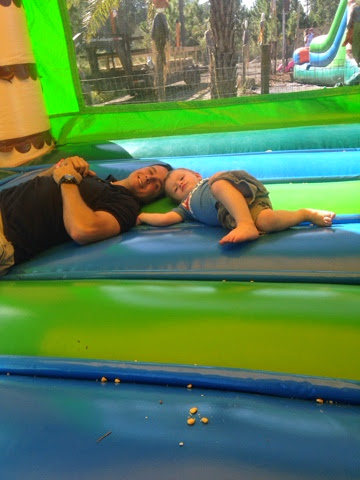 Princess enjoyed covering herself in corn. She looks mad because her "friend" just left: 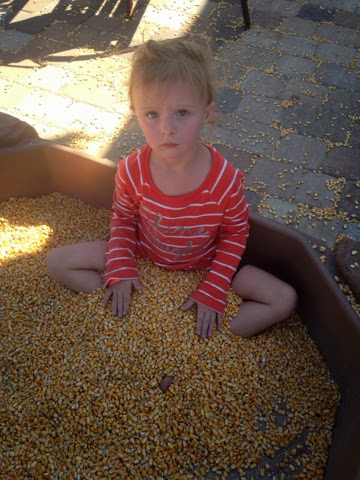 The two sisters having fun: 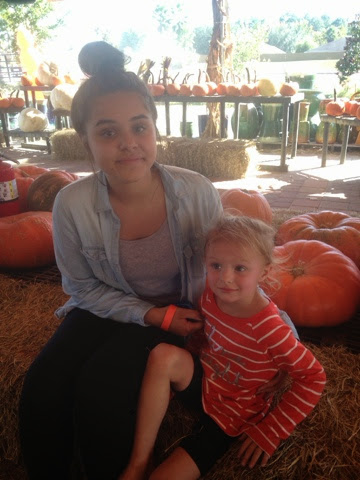 Son on the slide: 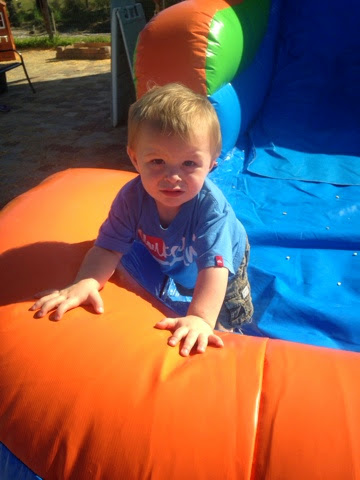 Princess found that jumping from the top of the slide was way more fun than sliding down it like everyone else: 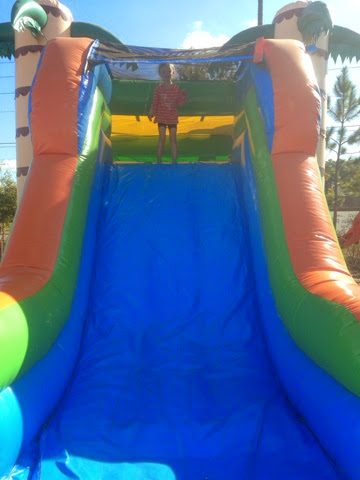 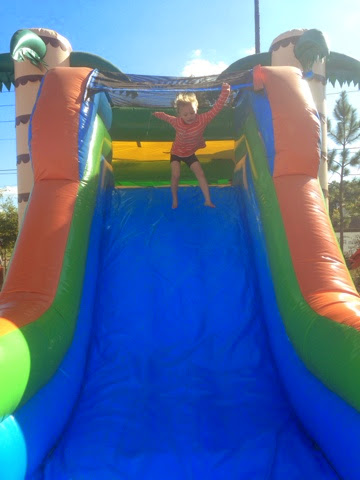 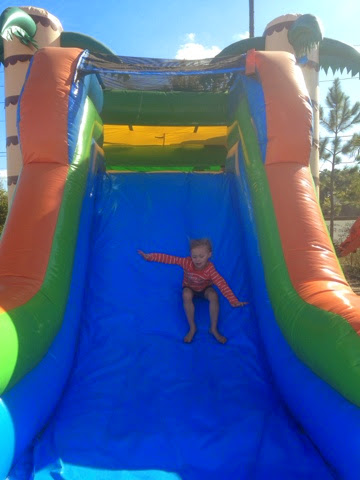 The boys on the hayride: 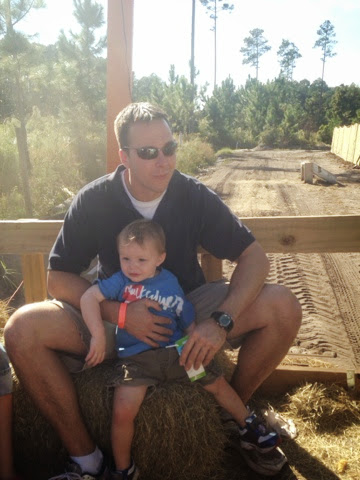 They had a leaf blowing booth too: 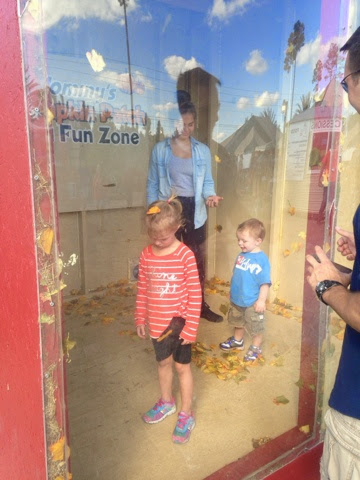 There were also farm animals and Son was loving them. Last year he was so scared, but not anymore.
It was hot early, but cooled down a bit toward the end of the day. I swear it wasn't this hot in October last year, but then again I wasn't pregnant, so I can't be certain.
We are planning on painting the pumpkins on Sunday, so I have at least another day and a half to mentally prepare for the mess...I mean fun.
Posted by Humble Hearts Academy at 8:38 AM