Beauty and the Train Conductor

Son went for his second haircut yesterday and his sister hasn't even had her first yet.
We went to Kidz Cuts in Saint Augustine and it was awesome. They had fun toys everywhere, the staff did everything they could to make sure the kids were happy and they even gave my hair a trim!
Son was originally sitting in this fun train engine, but he spotted his sister riding around the store on a motorized Thomas and he took a fit, which is why this photo is blurred. He was jumping up and down in the seat: 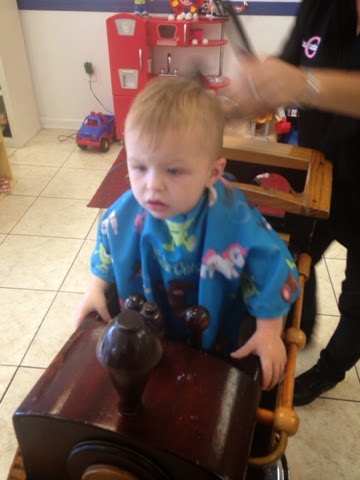 So Princess got booted off of Thomas and Son sat nicely for the rest of his haircut: 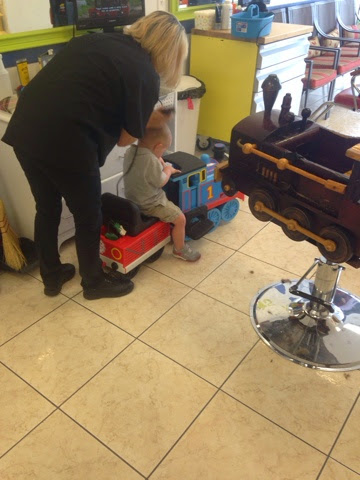 Here is his final look: 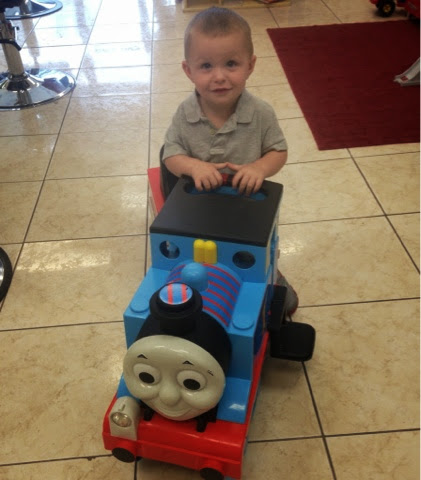 After getting kicked off of Thomas, Princess got her nails done in purple sparkles: 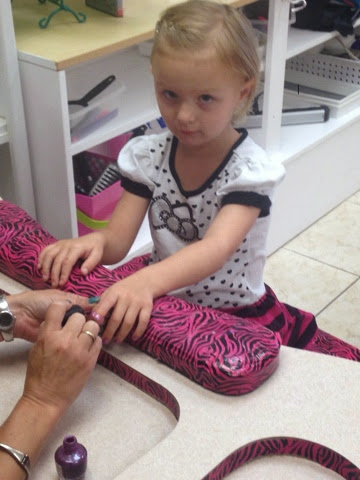 She also got a pretty braid in her hair with glitter: 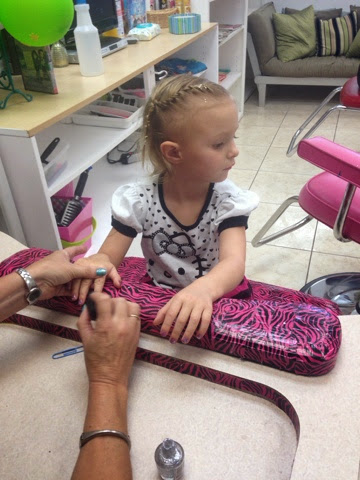 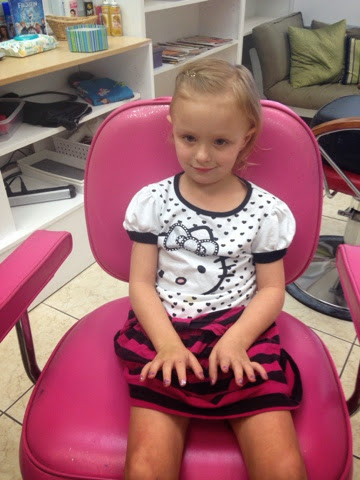